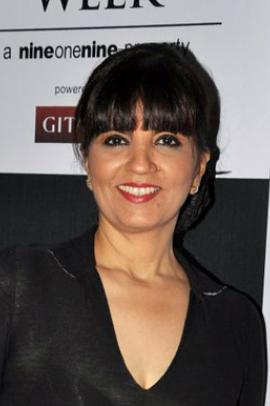 Neeta Lulla is an Indian costume designers and fashion stylist who has worked on over 300 films.She has been designing wedding dresses since 1985. Her name became inseparably associated with Bollywood after actresses Aishwarya Rai and Madhuri Dixit wore her costumes in Devdas (2002 Hindi film), the trend-setting Bollywood film. Her first big client was jewelry designer Varuna Jani, though Jani hadn’t started her business at the time. After that Lulla fully committed to a Bollywood client base when she designed for actor Spana and for actresses Salma Agha and Sridevi.